The idea: A comprehensive review of Reprographics and Printing identified a possibility for savings through the rationalisation and extension of the current Civic arrangement for the lease of copying equipment. The intention was to make best use of an existing Framework agreement with the current majority supplier for this type of equipment. This presented the opportunity to upgrade current machines that are over 2 years old, to achieve savings on current leasing costs and costs per copy. The justification for a 60 month as opposed to a 48 month term was that the savings that the council could obtain with the former were significantly higher. An added benefit is the standardisation of the supply process for this type of equipment across all Council Service areas, whilst providing the most flexible, up to date and functional solution for the business.

The results: The proposal was to upgrade current machines aged over 2 years and to change the existing contract for Civic Multifunctional Devices (MFDs) with Contractor A. to a 60 week (5 year term) term via the OGC Framework for the Civic MFDs. Machines currently owned or leased by outlying Services will be obtained via the 5 year framework agreement as and when required making a minimum annual saving of £3,903.12

Leadership: Project sponsored at Head of Service level as a corporate initiative with support from Finance Director. The contract was approved following a joint decision of the Procurement Manager, S151 Officer, Monitoring Officer and Strategic Director in consultation with the Chair and Vice Chair of Policy and Resources Committee.

Learning: The majority of the machines in the Civic Centre were leased from Contractor A. on a three year term that commenced on 22/12/2006. All of these machines were modern MFDs i.e. act as a photocopier, a networked printer for each floor for documents over 5 pages, and as a scanner and fax machine. This lease contract was originally negotiated to bring the maximum benefit available at the time: the contract includes call out for faults within 8 hours. All consumables except for paper were included in the contract: this includes toners, staples parts and labour.

A major benefit of networked MFDs is that large volume printing can be routed to these, rather than to desktop printers, thus reducing the cost per copy of printing. In addition they remove the need for separate fax and scanning equipment.

A number of other machines are owned or leased by Services via several different contractors. The majority of outlying copiers cannot be networked and do not have additional functions.

The Office of Government Commerce (OGC) now offer a compliant Framework agreement RM450 with Contractor A. Under this arrangement, Contractor A could offer 3, 4, 5 year terms as standard pricing.

OGC is also able to offer a number of similar Framework arrangements via other contractors. As part of due diligence an investigation was carried out with Contractor B. at the beginning of the project to ensure that:

a. The functionality of the machines being offered by Contractor A. was functional and suitable for Harlow Council’s requirements

b. That pricing and savings were similar

It was found that the contracts, terms and equipment offered by both Contractors A and B through the OGC Framework were comparable.

The Facilities department confirmed that the machines from Contractor A. were the most suitable on the market when obtained, had proved reliable and the call out arrangement had been satisfactory. Due to the termination penalties on the current contract with Contractor A. it would not be cost effective to terminate and seek another supplier. In addition the Council already owned the ICT software and drivers for these machines and so to continue with the same or similar models was the most cost effective option.

For these reasons it was decided to approach Contractor A. to request proposals that would enable the Council to take advantage of the OGC savings two years earlier than would otherwise be possible.

Contractor A. offered to upgrade existing Civic MFDs aged over two years old in exchange for changing the current lease agreement to a 5 year contract via the OGC Framework agreement.

Thanks to Harlow Council for this example.

Please... do not bother to leaving comments on any of these blogs with statements such as "wow what an amazing blog, do visit my website on >insert product here<" because I will delete them. These comments will not appear. Your and my time will have been wasted. Thank you.
Tweet

Please email me: jon@jonharveyassociates.co.uk or add comments to the existing postings.

And every now and then I will add a posting specifically inviting ideas to be added as comments. Anyone can post on here - with or without attribution. Thanks.

Jon Harvey
Buckingham, Buckinghamshire, United Kingdom
Local Town Councillor (and former Town Mayor 2017/2019) working with and for local people to make the town even healthier, safer and wealthier for everyone who lives, works, visits, studies and plays in Buckingham. Professionally, Jon is a leadership coach, change facilitator and organisational development practitioner with 30+ years experience across the public services and commercial world. And now a blogger and writer too (www.CrackingQuestions.com)

Readers may wonder why I created this blog. I hope I have made it clear what this blog is the description above and in the first post - but perhaps not the why...

I guess it is because I am generally fed up with the focus on big initiatives and massive reengineering projects and whole scale restructuring as being the answers to better results. Instead I take the view that within almost all organisations are people with ideas for improvement urgently wanting to be heard. But it seems that these organisations would rather hire expensive consultants / programme managers / high flying executives to come in and do improvement to the organisation. The implicit beliefs underlying this are that we need people from outside (or at the most senior echelon) to have all the big ideas.

However it seems to me that the most important ingredient in success for any organisation - large or small - is motivation. This is not just the motivation to turn up, or indeed the motivation to do good professional job. The kind of motivation I am talking about is the desire to think "how can we do this better?... how can we deliver even more to those we serve?... what do I and my colleagues have to do to achieve even more than yesterday?..." This kind of energy is rare in many organisations. Indeed, many of these organisations do not even know what they are missing.

If organisations focus on bringing in outside "experts" - I think this kind of ordinary but rare motivation is neutralised (or at the very least it is not nurtured). At the worst - people are turned off and will maybe even seek to sabotage the organisation or harm it in some way.

I know I am not alone in thinking this - but I and my fellow activists against the "bring in the expensive experts" approach to organisational development are sometimes marginalised. Perhaps this is because many senior people do not allow themselves to really believe in the boundless creative energy of more junior people - despite the oft favoured words of "our people are a greatest asset". Large consultancies, naturally, collude with this view and happily (and expensively) introduce cumbersome systems of performance management, target setting and human resource management strategies (etc.) which weigh down the organisations and squeeze out creativity.

I declare that I have a profoundly optimistic view of people. I believe most people, given the right conditions, default to being creative, clever, enthusiastic and committed. But given the wrong conditions, all of us can become cynical, de-motivated, dull and tedious.

And so this is why I wanted to create this blog. I wanted a blog that would celebrate the small ideas - the small ideas (that can easily become the big ideas with great results too) that come from the ordinary people in organisations - the people whose voices and ideas deserve and demand to be heard. I want this blog to be part of the effort to help make this happen - because I believe it is good for business, good for people and good for the world.

Crucialy, I am interested in what leaders in these organisations (where these ideas bubble forth like a mountain brook), are doing to create the right context. This for me is critical. Simply exhorting organisations to do more to unleash the small ideas with big results is not enough. I want to hear about and publish here what leaders are doing to make this happen. In this way I hope that other leaders will learn and add to their own practice.

My ultimate aim for this blog is that it will become a self regenerating hub, humming with the small and creative ideas from all over the world that are making the world a healthier, wealthier, happier and sustainable place for us and for future generations. Please contribute & please circulate. Thank you

All original material on this blog is © Jon Harvey. I am very happy for you to use the material and/or pass it around as it is in the public domain. But please acknowledge the source. And of course much of the material on here comes from the various contributors and I would ask you to respect their intellectual property in a similar way. Thank you.

In essence, I sign up to the Creative Commons approach. 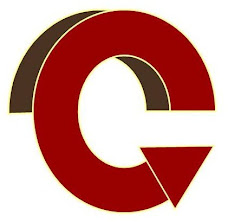